Liza Minnelli To Be Honored At Fred And Adele Astaire Awards 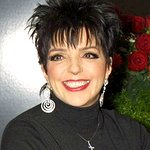 On June 4th at the Skirball Center for the Performing Arts at New York University, the 30th Annual Fred & Adele Astaire Awards will honor Liza Minnelli with its Douglas Watt Lifetime Achievement Award.

Liza Minnelli is the winner of four Tony Awards, an Oscar, a special “Legends” Grammy, two Golden Globe Awards and an Emmy and is one of the entertainment world’s consummate performers. In film, on stage and in television, Liza has won critical acclaim, a multitude of fans, and recognition from her peers in show business, giving new dimension and credibility to the word “superstar.”

In addition to honoring Ms. Minnelli this year, The Astaire Awards will also begin a new tradition, paying tribute to the career and work of a choreographer and dancer during the awards. There will be a Red Carpet VIP Cocktail Reception at 6 PM, Awards & performances at 7:30 PM and a VIP After-Party in the Rosenthal Reception Hall at 9 PM.

This year they will be remembering Bob Fosse and Gwen Verdon, and several signature “Bob Fosse” numbers featuring current Broadway performers will be a part of the show on June 4th. Bob Fosse directed Ms. Minnelli in the film version of Cabaret for which she won the Oscar for Best Leading Actress. The awards ceremony will also be dedicated to Tony and Oscar-winning producer Marty Richards, a longtime friend of the awards. The Astaire Awards, the only awards show to honor excellence in dance and choreography on Broadway and in film, and were first started in 1982 by the late Fred Astaire and the late Douglas Watt (a critic and writer for the NY Daily News and The New Yorker). They are presented each year by Ava Astaire (Fred Astaire’s daughter) and Patricia Watt (the daughter of Douglas Watt). The awards will also feature direction from Joe Lanteri, who is the Executive Director of the New York City Dance Alliance and also a teacher at the Juilliard School. Among the many talents nominated are Ricky Martin (Evita), Hugh Jackman (Back on Broadway) and Matthew Broderick (Nice Work If You Can Get It) & Elena Roger (Evita).

Each year The Astaire Awards also gives a special ‘Adele Astaire Scholarship’ to a young up and coming dancer, and this year they will also honor three-time Tony Award-nominated Producer Kathleen Raitt with a special award in recognition of her helping to start The Astaire Awards 30 years ago. Ms. Raitt (a former Broadway dancer and actress) is an Honorary Chair for the awards and is also currently the Director of Corporate Relations at the Nederlander Producing Company of America.

The 30th Annual Fred & Adele Astaire Awards will take place on Monday June 4th at the Skirball Center for the Performing Arts at New York University, 566 LaGuardia Place, New York 10012. Select tickets are available to the public priced at $425, $175 and $75 and can currently be purchased online at www.TheAstaireAwards.org/tickets or please contact Sarah Bierstock at 212-992-8484 or sarah@theastaireawards.org.

Ryan Murphy To Be Honored With The Vito Russo Award At The 31st Annual GLAAD Media Awards In New York Jan 20, 2020