Tom Morello And Friends To Headline Voting Rally in Madison 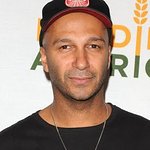 Grammy Award-winning guitarist Tom Morello of "Rage Against The Machine," singer-songwriter Jackson Browne, Tim McIlrath of punk rockers "Rise Against," hip-hop artist Brother Ali and Mike McColgan, the original lead singer of “Dropkick Murphys” and the lead singer of the “Street Dogs,” are all hitting the stage in Madison to drum up the vote in a Wisconsin recall election that’s too close to call.

The "Get Out The Vote’ Rally, sponsored by We Are Wisconsin, will provide a massive boost to canvassing efforts days before the recall election on June 5. The event, which will be held at the Madison Labor Temple at 1602 S. Park St., is free to the public with a sign up to volunteer to help get out the vote. Doors open at 5:30 p.m.

“Gov. Scott Walker messed with Wisconsin workers and now it’s time to pay the piper,” said Morello. “I’m headed back to Madison with some friends to help yank that right-wing extremist out of office like a bad tooth. We are ready, willing and able to use our music to help rally the troops to do the hard work of knocking on doors and getting out the vote during the last critical hours of this recall election.”

McIlrath says his fans often ask how they can get involved with issues of change and awareness. “The frontline happens to be in Wisconsin at the moment, and I’m excited to be out there to help turn out the vote with everyone,” he added.

Three different polls released in the past week have shown a dead heat with challenger Milwaukee Mayor Tom Barrett having clear momentum and a superior field operation. Both sides have consistently said the election will come down to whom has the better ground game and turns out its base.

“Wisconsin has the lowest amount of new jobs being created out of all American states and a high unemployment rate,” said McColgan. “Certainly with that in mind Wisconsin needs a change and a break from a governor who is beholden to corporate interests and the American Legislative Exchange Council.”

“Working people across America watched aghast as Gov. Scott Walker struck down the right to collectively bargain for Wisconsin State employees,” said Browne. “It’s up to the people of Wisconsin to remove Walker from office, but the fight is an American fight, for a basic American right. I’m coming to Wisconsin to help get out the vote. Recall Scott Walker!”