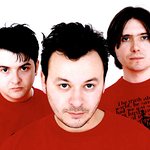 Now in its 37th year, the Nordoff Robbins O2 Silver Clef Awards will once again bring together the cream of the current music scene for one afternoon of celebration. Each year the awards honour artists from across the music industry, whilst raising much-needed funds for Nordoff Robbins’ vital work transforming the lives of vulnerable people through music.

The charity is thrilled to announce that the legendary Manic Street Preachers will be presented with the Hard Rock Cafe Ambassadors of Rock Award and Fatboy Slim will receive the Investec Icon Award at the star-studded Silver Clef Awards on Friday 29th June. Global musical legend Andrew Lloyd Webber will be awarded with the coveted Sony Mobile Lifetime Achievement Award and Jessie J will be presented with the well-deserved Royal Albert Hall Best British Act Award, after ruling the charts with her smash hits such as ‘Price Tag’. Emeli Sandé﻿ will be presented with the American Express Innovation Award by Tinie Tempah and Connor Maynard will receive the Tag Best Newcomer Award and﻿ ﻿Laura Wright the PPL Classical Award. Michael Bublé will be joining the event all the way from Canada to collect the Raymond Weil International Award.

The event will take place on Friday 29th June 2012, at the London Hilton, Park Lane. For more information, click here.