Jessica-Jane Clement: No Bunny Should Suffer For Beauty 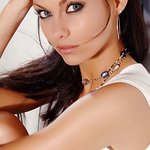 BBC presenter Jessica-Jane Clement doesn’t want the European Commission to be hustled by the cosmetics industry. That’s why the glamour model has stripped down for two stunning new PETA ads with brown-and-white bunny Sammy above the words, “No Bunny Should Suffer for Beauty.”

The new ads are part of PETA’s campaign to urge the European Commission not to bow to pressure from the cosmetics industry and postpone or compromise the 2013 deadline for banning the sale of all cosmetics containing ingredients tested on animals.

“Men are now embracing their feminine side, which has meant a boom in the male grooming industry, and girls are starting to use makeup younger than ever before”, says Clement. “With such a high demand for cosmetics, it’s important to ensure that demand for beauty products doesn’t mean animals dying. Testing on animals isn’t necessary – many companies don’t test at all. That means no company should profit from it, and I think doing this campaign will show people how important this ban is.”

In 2003, the European Parliament voted to end the sale of all cosmetics and toiletries containing ingredients tested on animals by 2013 – but the European Commission is now considering introducing significant loopholes into the ban or postponing the deadline. The Commission is expected to announce its decision later this summer.

In addition to hosting BBC’s The Real Hustle and appearing in numerous lads’ mags, Clement recently appeared on I’m a Celebrity … Get Me Out of Here! She joins a growing list of celebrities – including Pamela Anderson, Paul McCartney, Ricky Gervais, Kimberly Wyatt and Alicia Silverstone – who have urged the European Commission to uphold the cosmetics testing deadline.