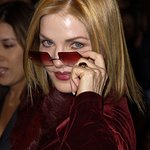 The 8th annual Johnny Ramone Tribute will celebrate the life and legacy of Johnny Ramone, founding member of the legendary punk band The Ramones.

Hosted by his wife Linda Ramone, the event will feature a book signing of Commando, Johnny’s autobiography that was released earlier this year to critical acclaim. The book signing will feature Linda, Commando Editor and Ramones manager John Cafiero (of Osaka Popstar), the sole surviving original member of the Ramones, drummer Tommy Ramone, as well as all aforementioned celebrity guests, (with the exception of Ms. Presley). In addition music will be spun throughout the cemetery grounds by “Intoxica Radio” DJ, musician Howie Pyro. As the sun sets, the event will feature an outdoor screening under the stars showcasing one of Johnny’s Top 10 favorite Elvis films, “King Creole.” The movie will be preceded by a sampling of classic Ramones music videos projected on the 24-ft mausoleum wall, and a slideshow featuring rare photos of Johnny Ramone, (taken from his personal archives) with one of his closest friends, daughter of the King, Lisa Marie Presley, and more. Priscilla Presley will speak and share reflections on Johnny Ramone, daughter Lisa Marie, her iconic husband’s legacy, and the lasting impact he made on the world.

Net proceeds benefit the Johnny Ramone Research Fund at USC Westside Prostate Cancer Center led by Dr. David Agus. Admission is only $10, however donations in excess of the required admission are welcomed and suggested (but not mandatory). Tickets can be purchased online in advance, or at the gate upon entry. To purchase tickets online in advance, click here.

Kim Basinger to be Honored at Last Chance for Animals' Star-Studded Gala Oct 17, 2019

International non-profit Last Chance for Animals (LCA) is hosting its 35th Anniversary “Glamorous Hollywood Night” themed gala honoring prominent individuals who have made a positive impact for animals around the world. More →