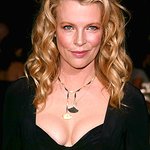 International non-profit Last Chance for Animals (LCA) is hosting its star-studded 35th anniversary fundraising gala honoring prominent individuals who have made a positive impact for animals around the world.

LCA’s Founder and President Chris DeRose is proud to announce this year’s honorees: