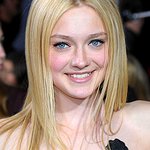 A bevy of stars, including Youth Ambassador and actress Dakota Fanning, came out to support the First Star organization’s Celebration for Children’s Rights on June 7, held at the Wilshire Ebell Theater in Los Angeles. Celebrities from the worlds of music, television and film showed their support for the mission of First Star to improve the life of child victims of abuse and neglect. That’s So Raven/Corey in the House star Kyle Massey and his older brother Chris Massey – featured on Zoey 101 – have been involved with First Star since 2005. Kyle expressed, “This is a great organization… It gives the children hope.” He added that he hopes to be a part of the organization for a really long time. First Star and the Child Advocacy Institute are pushing for changes in state and federal laws. They support changes that would clarify and strengthen disclosure requirements so states know how to comply with the intent of the legislation. Another matter of great concern relates to the release of information about child fatality or near fatality unless a person is criminally charged. The First Star advocacy group believes that disclosures should not be dependent on a district attorney’s decision to prosecute.

When asked how she came to be involved with an organization which deals with such heavy issues, Dakota Fanning replied, "Peter Samuelson is someone that I came to know through Starlight Children's Foundation. He told me be about this, and I thought would be another really great organization to be a part of." Other young stars in attendance included Maria Lark of the hit show Medium, and actress Alexandra Rose Rieger. Before the awards ceremony took place, kids got the opportunity to indulge in play in a carnival environment. Celebrity kids joined in the festivities. 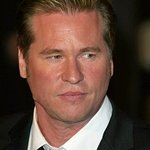 Beem and Sparkrise announced today that they are hosting a once-in-a-lifetime digital event featuring the legendary movie Top Gun (1986). More →