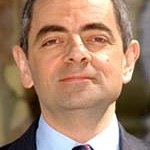 Rowan Atkinson, Jimmy Carr, Miranda Hart and E4 comedy trio The Midnight Beast are among the acts taking to the Royal Albert Hall stage for The Prince's Trust comedy gala 2012 – We Are Most Amused, supported by Novae.

This comedy extravaganza will take place on Wednesday 28th November, and will raise vital funds for The Trust.

There will also be contributions from Dame Edna Everage and Ben Elton, who is writing a sketch for the comedy gala.

The Prince’s Trust gala series launched in 1982 with The Trust’s first Rock Gala. We Are Most Amused, supported by Novae, will mark The Trust’s eleventh gala event. The galas have attracted the support of iconic well wishers such as Paul McCartney, Mick Jagger, Elton John and Tina Turner and have raised a total sum of £3.8m.

The announcement of We Are Most Amused, supported by Novae, comes as more than a million 16 to 24 year-olds are out of work. Three in four young people supported by The Prince’s Trust move into work, education or training.

“I’m looking forward to this event hugely – a fantastic line up for a very important cause,” said Miranda Hart. “The Prince’s Trust is vital at a time when so many young people are disillusioned and unemployed. Raising money and sharing a stage with Rowan Atkinson – it’s going to be a great night.”

“This is going to be a great event – and even better because it is for The Prince’s Trust, a cause close to my heart,” added Justin Lee Collins. “I was so lucky to get my break in life, but there are so many young people who fear they’ll never get theirs. That’s why I support The Prince’s Trust. I want young people to know that they can pursue their passions, in the same way that I have.”