Blind Surfer Realizes His Dream And Most Challenging Wave 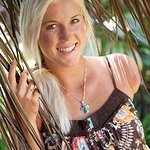 Walking On Water Films has produced eleven documentary films including Bethany Hamilton's story, Heart of a Soul Surfer. Beyond Sight: The Derek Rabelo Story is their latest project with S4J Hawaii Productions which tells the story of a blind, 17 year-old from Brazil who pursues his dream of surfing Pipeline on the North Shore of Oahu, Hawaii.

The documentary takes viewers through Derek’s three-year journey of grueling mental, physical and spiritual training. As Derek perseveres towards his goal of surfing Pipeline, he inspires the best pro-surfers in the world including Kelly Slater, Gerry Lopez, Tom Curren, Damien Hobgood, Rob Machado, Lakey Peterson, Laird Hamilton and others — who star in Beyond Sight.

“Pipeline is basically the ultimate wave in a lot of ways — just a short, intense, dangerous wave that’s close to the beach,” said Kelly Slater, 11X World Champion surfer. “Many surfers with sight do not venture out even after they see that others can do it.”

Derek’s story is one that exemplifies that the best journeys in life are walked by faith, and not by sight.

“I think Derek has a lot to teach people including that there’s no limit to what you can accomplish”, said Rob Machado.

Lakey Peterson added: “He has inspired me to really live by faith and not by sight”.

While Derek’s YouTube Video surfing Pipeline has received over half a million hits, Walking on Water founder Bryan Jennings is determined to complete production on the feature film for release in Spring of 2013.

“During fifteen years of producing documentaries, I have never seen the community of surfing rally to support the telling of someone else’s story”, said Jennings.