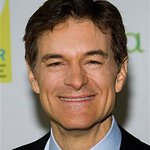 Dr. Oz, will be joined by Dallas-area health professionals to provide information and support to active-duty military, veterans and their families on health issues.

Part festival and part educational and support program, CAMO Dallas will link returning military veterans with experts, organizations and groups who can help them with health, employment, housing, education, family, emotional and other issues military veterans face as they transition from combat and active duty back into mainstream life. Local sports celebrities also will be in attendance and will participate with attendees in fun sports activities. The day will end with a family-style picnic and evening concert on the field, hosted by music legends and CAMO Honorary Co-founders Vince Gill and Amy Grant. The complete artist line-up of the concert will be released at a later date. The event is open to all active-duty military, veterans and their families. A full schedule of event activities is available at www.challengeamerica.com/camo/dallas.

In addition to the Saturday event, Challenge America and the F7 Group, a women’s veteran support organization, will sponsor a transitional workshop and reception for women of the military. The time and location of the workshop will be announced at a later date.

Admission to all events is free, but tickets are required. Registration for the events is open here. Members of the military and veterans may register for up to six concert tickets (Family Pass) and up to four concert tickets (Neighbor Pass) for members of a guest non-military family.

“Dr. Oz has been a tireless advocate for the physical and emotional health of our returning military veterans, and we are so pleased that he will join our team in working with our military and veterans here in Texas,” said Houston Cowan, CEO and founder of CAMO. “Many returning veterans face critical physical and mental health challenges when they leave the military, and it is vital that they have ready access to the resources and support they need for themselves and their families with they return home.”

CAMO Dallas is the first of five events Challenge America will stage across the country to assist veterans with transitional issues. While the setting is festive and fun, the ultimate goal of the effort is to connect military, veterans and their families to the communities of care across the country. Other CAMO events will be held in Florida, California, Virginia and North Carolina, states that join Texas in having the nation’s highest concentrations of active duty military and veterans. Honorary chairpersons for the events include former President Jimmy Carter and Rosalyn Carter. Other honorary chairpersons will be announced at a later date.

“Charity is not the answer when it come to supporting our veterans. Community is the answer,” Cowan said. “Our goal is to unify what is typically a very fragmented effort to serve and support veterans. We want to tear down the silos that exist and create an integrated infrastructure of support in each community – families, non-profits, support groups, healthcare professionals and businesses – that makes it easier to find and access the resources they need to make that transition back to mainstream life.”