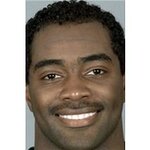 The event raised more than $400,000 – which brings their all-time total to $3 million dollars in the nine years since the charity began.

The event is unique in that it is run entirely by high school students, ranging in age from 15 to 17 years old. Each year they honor several Heroes for Hope that give support and inspiration to the students and the charity. Past honorees include Curtis Martin, Nick Swisher, Katie Couric, Christine Taylor, Curtis Granderson, Billy Baldwin, Curt Schilling, and Edie Falco. This year honorees were Vincent Piazza from Boardwalk Empire and Holland Reynolds.

New York Giants head coach Tom Coughlin delivered a personal message to Holland, who is known for her collapse near the finish line of the state championship cross country tournament in 2010, and her finish was in honor of her coach, Jim Tracy, who had been diagnosed with ALS. Coughlin used her story last season as inspiration for the Giants, who went on to win the 2012 Super Bowl.

Boardwalk Empire’s Vincent Piazza said, “The word hero I don’t take lightly, when I think about what you do, and think about how proactive you are for something that is so dear to you…it’s easy to feel like a coward in your presence.”

Students at the school became proactive in fighting ALS after a second teacher in their district was diagnosed with the disease. The students work year round on the charity, putting on multiple events to benefit ALS research. Last January, their beloved teacher, David Deutsch lost his battle with the disease.

In 2006 they began an ALS Research Program, where the students participate in ALS research over the summer at the following labs: Jenifer Estess Stem Cell Lab, Jackson Labs, ALS TDI, Columbia University, ALS HOPE, Johns Hopkins and Stony Brook. AMND has also created and funded a variety of ALS-related initiatives including a patient services program for those diagnosed with ALS, and a Philanthropy Center that teaches grade school students about the importance of philanthropic work in their lives.