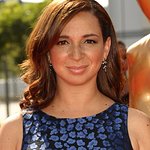 Robert Rivkin, better known as Bobby Z the former drummer for Prince & The Revolution, and his organization, My Purple Heart, will again partner with the American Heart Association to host the “2nd Annual Benefit 2 Celebrate Life! Bobby Z & Friends” on Saturday, March 9, 2013, at 8 p.m. at First Avenue in Minneapolis, to raise heart-health awareness on the second anniversary of Bobby’s near-fatal heart attack.

Bobby Z, best known as a drummer for Prince & The Revolution—which was featured in the GRAMMY and Oscar-winning film Purple Rain—was in critical condition in after three blocked arteries caused a heart attack in February 2011. Doctors were able to open his blockages with three stents which has allowed Z to make a full recovery.

“I am so thrilled to give back and hope that my story will help raise awareness,” Z said. “This will be an intimate and fun show with music and stories.”

A portion of the proceeds will benefit Z’s "My Purple Heart " organization and the American Heart Association for continued heart-health education.