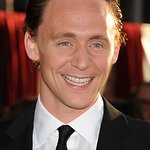 Actor Tom Hiddleston has just returned home from his trip with UNICEF UK to Guinea in West Africa, and has blogged about his trip.

“When I started writing this blog, I talked of life in Guinea as a “jigsaw puzzle, one where the pieces keep moving or changing shape, which in turn alters the picture. You might be looking at it from a different angle, or at a different time of day”. On my first night, Julien had suggested an idea of reality in Guinea as “open to interpretation”. In so many respects, that is true of all life. The view always changes with the viewer. That’s the law of relativity.

“Here’s what’s not open to interpretation. Every year in the world more than two million children die of hunger. It shouldn’t be like this. Children in Guinea start life at a severe disadvantage. Those that are malnourished may survive in the end. If they are caught in time. If their mothers respond to symptoms early enough; if they make it to the centre de santé, which is often miles away; if they respond to the therapeutic peanut paste, and special therapeutic feeding milk. If their parents are able to grow crops and feed them with enough nutritious foods so they can keep healthy. If they win the fight against malaria. If they live near a good school. If they can get work. If their parents can protect them from exploitation by the military. If they are lucky. Previously malnourished children can make it. It sounds paradoxical to say it, but they are the lucky ones.

“Malnourished children grow up at a disadvantage. They will be physically smaller, possibly with diminished intellectual capacity. Their brains and bodies won’t develop in the same way. Of course, there is always a chance that through hard work, education, training, and strength of will any individual can and will progress to great achievement. But these children start so far behind. The race of life – the race for life – is infinitely longer and infinitely harder. Every day there are challenges to their survival and development. Context is important. I’ve been privileged enough to have seen that context at first hand. They live in the middle of nowhere. There is no water. There is poor sanitation. There is a shortage of food. There is lack of education. Conditions are inconceivably hard: they are incredible, until you have seen them with your own eyes, until you have lived in their midst, even for the shortest while.

“What I learned in Guinea is that we are all responsible for the state of our world. The world – and the system by which we trade, share, cooperate and conflict – is clearly not working. We are only as strong as our weakest members. UNICEF is run at every level by strong, relentlessly energetic, deeply capable people who use that strength, energy and capability to help those who need it most: the weakest, most disadvantaged women and children of our world. All I can do now is help make people aware of what is happening, of what they are doing. That is all that I can do. For now.”