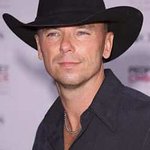 The generosity of donors in America once again helped The Salvation Army reach a new record through its 2012 Red Kettle Campaign – $148.7 million collected through nickels, dimes, quarters and dollars (and the occasional diamond ring or gold tooth).

During the 122nd annual campaign, which ran from November 22nd through Christmas Eve, The Salvation Army incorporated concerts, contests and celebrities in a national effort to raise donations to help people through harsh economic conditions. With red kettles hosted at retailers nationwide, donations to the Army support families and individuals in need in the communities in which the donations were raised.

“There are times in American history when people unite around a common cause and work together to help their neighbor. 2012 was no different,” said Commissioner William Roberts , National Commander of The Salvation Army. “The Red Kettle Campaign signifies a unified goal – the public cares for people who have fallen on hard times. Every donation allows us to meet our Mission to help people in His name.”

Country superstar Kenny Chesney kicked off the iconic Red Kettle Campaign with a live performance at Cowboys Stadium in Arlington, TX on Thanksgiving Day as part of The Salvation Army’s partnership with the Dallas Cowboys. For the past 16 years, the Cowboys have helped the Army kick off the National Red Kettle Campaign on a nationally televised stage to more than 30 million Americans during halftime of the Cowboys Thanksgiving Day game. The event reminds others about the importance of giving back when many struggle with life’s basic necessities, like food and shelter.

Pop sensation Owl City, as well as other music artists, rocked out at another concert – The Salvation Army’s third annual “Rock the Red Kettle Concert.” The free show at L.A. LIVE in Los Angeles was produced by Ned Specktor of Specktor Media and encouraged millennials to support charitable causes. The concert featured performances by Owl City, Hot Chelle Rae, Andy Grammer, Bridgit Mendler, and Sonus. Three-time Olympic Gold Medal swimmer Nathan Adrian, who selected The Salvation Army as his charity of choice for the 2012 Christmas season, also attended the event as a special guest. The concert was streamed live on Facebook for thousands to watch at home.

The Red Kettle Campaign was also supported by The Salvation Army’s second annual World Record Bell-Ringing Contest, in which eight brave bell-ringers competed to ring a bell for more than 60 consecutive hours. Three bell-ringers, Ryan Gass in Roswell, NM, Jason Perkins in Suisun City, CA, and last year’s defending record holder, Darrell Tureskis of Springfield, IL, each surpassed the record by ringing a bell for 80 consecutive hours. At the 80-hour mark, the three contestants laid down their bells in respect of the tragedy that unfolded at Sandy Hook Elementary in Newtown, CT.

Online bell-ringers made significant contributions to the Red Kettle Campaign for the eighth consecutive year. Through The Salvation Army’s Online Red Kettle, donors were able to raise money with the help of family, friends and colleagues. The Army raised more than $2.1 million through Online Red Kettles, up from $1.7 million in 2011. Other online donations in November and December, not through the Online Red Kettle, totaled $21.2 million, a 17 percent increase from 2011. As part of the total, The Salvation Army received an unprecedented $3.9 million in online donations on the final day of 2012.

“For every individual and every organization that supported the 2012 Red Kettle Campaign during this pivotal time of year, The Salvation Army would like to extend our greatest thanks,” said Commissioner Roberts. “From our celebrity performers and our gracious volunteer bell ringers, to our corporate partners and the generous public, The Salvation Army has once again seen first-hand the compassion that exists in America and the changes it can make in one’s life.”

Red Kettles at Walmart and Sam’s Club locations, corporate partners with the Army for more than 30 years, collected nearly $40 million and $5 million respectively, or 30 percent of the $148.7 million total. More than 2,000 Walmart stores across the country hosted a “Fill the Truck” event on December 8th. The event collected more than 135,000 coats and 10,000 toys for children in Salvation Army social service programs. This is in addition to a generous $1 million donation by Walmart to The Salvation Army’s Red Kettle Campaign for use in Salvation Army feeding programs nationwide.

Sam’s Club and The Salvation Army also teamed up again with Off the Field, a professional football players’ wives association, for the sixth year to shop for families in need on December 12th in 11 cities across the country. In total, 220 families, or 20 families per city, received a combined $220,000 in food and gifts, including clothes, electronics, toys and essentials from Sam’s Club. Recipient families were pre-selected by The Salvation Army.

From its humble beginnings as a program started by a Salvation Army captain in San Francisco in 1891, the Red Kettle Campaign has grown into one of the most recognizable and important charitable campaigns in the United States – providing toys for kids, coats for the homeless, food for the hungry and countless social service programs year-round. As part of the campaign, more than 25,000 Salvation Army volunteers spread throughout the country to ring bells and solicit donations to the red kettles. 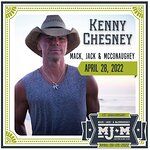 Win a Holiday Party in Your Hometown with Bridgit Mendler!