Richard Thomas To Host Give Kids A Shot Gala 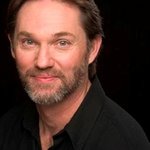 On Monday, April 22, 2013, the National Meningitis Association will hold its annual Give Kids a Shot Gala.

Entertainment will include the band Current Affair, singing troupe Incognito Artists and the wild Delirious Hair Design who will be making custom coifs on the spot for guests. As always, there will be a silent auction of one of a kind experiences and luxury items. This signature fundraising event will help NMA continue and expand its vital work in the fight against meningitis.

During the 1990’s, there was a significant increase in the number of adolescents and young adults killed or disabled by meningococcal meningitis; young people who were seemingly healthy, vibrant and often athletic. Most of the families were unaware of a vaccine that could have saved their children’s lives or anguish. The National Meningitis Association (NMA), a non-profit organization, was formed in 2002 by parents whose children were killed or disabled by meningitis. Since then, NMA has created educational programs that reach millions of people each year with information about available immunizations and disease symptoms and thoughtful, comprehensive support programs for families devastated by the ravages of the disease.