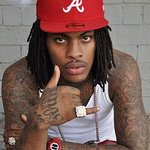 Triple platinum artist, Waka Flocka Flame performed in front of a sold out B.B. King’s crowd to benefit victims of Hurricane Sandy on Thursday, in celebration of his “No Hands” single, which amassed 3 million in total sales.

A plethora of artists (Swizz Beatz, Maino, Wooh Da Kid, Wyclef, Erick Sermon, and Raekwon) performed sets of their past and present hits to the engaging crowd. Records such as “Ruff Ryders Anthem”, “C.R.E.A.M”, "Incarcerated Scarfaces, and “Music” took the 90’s generation-based crowd on a walk down memory lane.

Waka’s introduction for the night came courtesy of Swizz Beatz, prior to performing smash hits such as “Round Of Applause” and “Hard In The Paint”. The crowd sang in unison with Waka as this performance neared its finale. 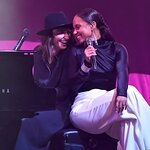