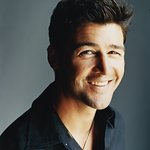 Kyle Chandler, star of “Friday Night Lights,” Oscar-winning “Argo” and “Zero Dark Thirty,” and his 11-year-old daughter, Sawyer, will be joining The Humane Society of the United States and other concerned animal welfare advocates to meet with Texas lawmakers and lobby for better protections for sharks.

Sawyer Chandler, who is scheduled to address the Humane Lobby Day attendees on March 14, started a website and petition to speak out regarding threats against sharks and advocate for them through the political process. Her dedication to this issue sparked her father’s interest and her work was recently highlighted on The Ellen DeGeneres Show.

“I created the website to help end shark finning because when I first learned of this horrible cruelty I knew that I wanted to do something about it,” said Sawyer Chandler. “I am glad that these politicians are listening to an 11 year old – they’re good guys.”

Shark finning involves cutting off the fins of sharks then throwing the shark back into the ocean, often while still alive, only to drown, starve or die a slow death due to predation from other animals. Some species of shark are on the brink of extinction due to the cruel and exploitive shark fin industry.

“I’m proud of my daughter and I’m proud to be a part of her passion,” said Kyle Chandler. “I am also proud to be alongside The Humane Society of the United States to meet with Texas lawmakers and urge them to pass HB 852/SB 572.”

“It is always exciting to see young people get involved in the legislative process and exhibit a passion for animal welfare issues,” said Katie Jarl, Texas state director for The HSUS. “The Humane Society of the United States is grateful to Sawyer Chandler and her dad, Kyle, for bringing the cruel shark fin trade in Texas to the attention of Texas lawmakers.”

If passed, Texas would become the sixth state to crack down on the cruel and unnecessary shark fin trade. Similar legislation has been enacted in California, Hawaii, Illinois, Oregon and Washington as well as in the U.S. Pacific territories of Guam, American Samoa and the Marianna Islands.

Texas Humane Lobby Day will be held on Thursday, March 14, from 9 a.m. to 4 p.m. at the Texas State Capitol Building in Austin and is hosted by The HSUS, ASPCA and Texas Humane Legislation Network. You can find more information here.