Linkin Park's Chester Bennington To Be Honored By MusiCares 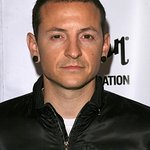 Bennington will be honored with the Stevie Ray Vaughan Award for his dedication and support of the MusiCares MAP Fund, and for his commitment to helping other addicts with the addiction recovery process. Alva will be the recipient of MusiCares’ From the Heart Award for his unconditional friendship and dedication to the mission and goals of the organization. All proceeds will benefit the MusiCares MAP Fund, which provides members of the music community access to addiction recovery treatment regardless of their financial situation.

“Chester and Tony are passionate and highly influential artists in their respective professions and each of them has achieved impressive and much-deserved success,” said Neil Portnow, President/CEO of The Recording Academy and MusiCares. “What unites them around the mission of MusiCares is their willingness to lend their time and talents to raise funds for our organization, and their desire to be of service to music people struggling with addiction. We truly appreciate their steadfast support and committed generosity.”

“MusiCares MAP Fund is an amazing program that takes care of their own, and actually saves lives,” said Bennington. “It’s been so rewarding to support them and see firsthand what they’ve accomplished for so many artists.”

“Skateboarding, business and music have brought me enormous satisfaction over the years,” said Alva. “It doesn’t compare though with the power of being sober, which I am grateful for every day of my life, and that’s why I wanted to join MusiCares to help raise funds, so more people can get the help they need.”

This special dinner and concert offers Living Room Sets that seat 10 for $12,500, Individual Floor Seats for $1,250 per person, and VIP Balcony Seats for $100 per person. Contact Wynnie Wynn for ticket information at 310.392.3777 or wynniew@grammy.com. General Admission Balcony Seats for $40 per person are available only through AXS beginning at 10 a.m. PT on April 5 at www.axs.com. Out of respect for the clients the MusiCares MAP Fund serves, the event will be alcohol-free.

Bennington is the lead vocalist for Linkin Park. The alternative band earned their first GRAMMY in 2001 for Best Hard Rock Performance for “Crawling,” a track from their debut album, Hybrid Theory, which has sold more than 10 million copies in the United States. Their second GRAMMY came in 2005 for Best Rap/Sung Collaboration for “Numb/Encore” with Jay-Z. The band has sold more than 50 million albums worldwide, and is the biggest band on Facebook — with more than 51 million fans and counting. In the span of time since Linkin Park’s debut on the Billboard 200 in 2000, no other artist has had more top 10 singles on the Alternative Songs chart. With the release of their latest album, 2012’s LIVING THINGS, which reached No. 1 in more than 20 countries, no other band has achieved more No. 1 albums this century. In 2005 Linkin Park founded Music For Relief, a nonprofit organization that has raised more than $5 million for victims of natural disasters and environmental projects.

Alva is a legendary skateboarder, surfer, musician, and original member of the skateboarding team Dogtown Z-Boys. Considered one of the most influential skateboarders of all time, Alva joined the legendary Z-Boys skateboard team in 1972, bringing the trend of skating in empty pools into the mainstream. He is known as the originator of vertical skateboarding, and is credited as one of the first skateboarders to perform frontside airs. In 1974 Alva began a long collaborative relationship with Vans and eventually started his own company, Alva Skateboards, in 1977 at age 19. Alva Skateboards was the first company owned and operated by a skateboarder, and one of the first companies to use layered maple plywood for skate decks. Alva was the first skateboarder to successfully market himself as a brand name, becoming the prototype for the modern professional skateboarder. Alva continues to skate, surf and play music with his band G.F.P. while operating his company Alva Skates and overseeing his board lines Alva|Surfcraft and the Power Station Project. In September 2012 Alva celebrated six years of sobriety.

The MusiCares Foundation offers programs and services to members of the music community, including emergency financial assistance for basic living expenses such as rent, utilities and car payments; medical expenses including doctor, dentist and hospital bills; psychotherapy; and treatment for HIV/AIDS, Parkinson’s disease, Alzheimer’s disease, hepatitis C, and other critical illnesses. MusiCares offers nationwide educational workshops covering a variety of subjects, including financial, legal, medical, and substance abuse issues, and programs in collaboration with health care professionals that provide services such as flu shots, hearing tests, and medical/dental screenings. The MusiCares MAP Fund allows access to addiction recovery treatment and sober living resources for members of the music community. Staffed by qualified chemical dependency and intervention specialists, MusiCares Safe Harbor Rooms, supported by the Bohemian Foundation, offer a support network to those in recovery while they are participating in the production of televised music shows and other major music events. MusiCares holds weekly addiction support groups for people to discuss how to best cope with the issues surrounding the recovery process. The MusiCares Sober Touring Network is a database of individuals across the United States who can take music people to recovery support meetings while on the road.

Established in 1989 by The Recording Academy, MusiCares provides a safety net of critical assistance for music people in times of need. MusiCares’ services and resources cover a wide range of financial, medical and personal emergencies, and each case is treated with integrity and confidentiality. MusiCares also focuses the resources and attention of the music industry on human service issues that directly impact the health and welfare of the music community. For more information, please visit www.musicares.org.