Nigel Barker To Be Honored By Point Foundation 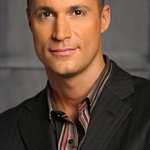 The Point Honors event will be held at New York’s Pier Sixty starting at 6:30 p.m. Tickets begin at $500. www.pointfoundation.org/phny.

“Building a more inclusive and equitable society comes by finding common bonds with allies, and Nigel Barker is a courageous straight ally of the LGBTQ community,” said Jorge Valencia, Executive Director and CEO of Point Foundation. “In all of Nigel’s philanthropic efforts – combating HIV/AIDS, focusing on the people of Haiti or saving wildlife – he brings attention to people fighting for empowerment. Currently Nigel is focusing his lens on a key figure in LGBTQ rights advocacy and a great friend of Point: David Mixner . We are honored both men will be at our New York Point Honors event.”

Point Foundation is also honored to recognize and celebrate The Estee Lauder Companies Inc. at its New York event.

Point Foundation empowers promising LGBTQ students to achieve their full academic and leadership potential – despite the obstacles often put before them – to make a significant impact on society. Point promotes change through education, mentorship, leadership development and community service training, and provides its scholars with the financial ability to attend the nation’s foremost higher educational institutions.