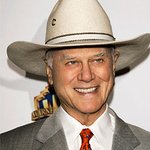 “As one who has personally been touched by the gift of life, I encourage you to work with me to drive home the message that organ donation works and every American should consider it.”
– Larry Hagman

Director, producer, and American film and television actor best known for playing the conniving older son and businessman, J.R. Ewing on the television series “Dallas” – a man whom everybody loved to hate – Larry Hagman holds the record for the greatest number of consecutive appearances by a leading actor in an hour-long prime time dramatic series (357 appearances).

The Fort Worth, Texas native maintains a long standing requirement that autograph seekers sing him a song or recite a poem so he gets something back from his fans. In this light of giving back, and as a major proponent of alternative energy, he supports the Solar Electric Light Fund utilizing solar power and wireless communications to meet global challenges such as food and water scarcity, climate change and poverty.

Hagman advocates The Institue of Ecolonomics, a non-profit entity whose mission is to demonstrate that creating a symbiotic relationship between a strong economy and a healthy ecology is the only formula for a sustainable future.

As former chairman of the American Cancer Society's annual Great American Smokeout for many years, he also challenges and encourages his fans and 45.8 million American smokers to stop tobacco smoking.

A recipient of a life-saving liver transplant in 1995, Hagman has been serving as honorary chairman of the National Kidney Foundation's U.S. Transplant Games honoring the thousands of selfless acts of love from donors all over the world.

He was awarded for his efforts in escalating public awareness of the concept of organ donation and according to Hagman, “the U.S. Transplant Games are a true celebration of a second chance at life for transplant recipients from across the country.”

Hagman has recently agreed to serve as a member of the Board of Director’s for the National Kidney Foundation’s Transplant America, a not-for-profit organization to develop and implement strategies and programs that will increase the success and availability of organ and tissue transplantation. He also serves on the Board of Directors Advisory Committee of Transplantation for the U.S. Department of Health and Human Services (www.organdonor.org).

Larry Hagman passed away in November, 2012.

Larry Hagman has passed away, but we remember his charity work.

Larry Hagman has supported the following charities listed on this site:

Google trends for "Larry Hagman"
Available to Insiders only
Get Insider Access to these insights & more... 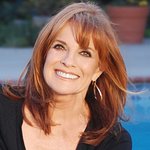 Did you know that 2/3 of the 5.5 million Americans currently suffering from Alzheimer’s disease are women? TV star Linda Gray (Sue Ellen Ewing from CBS-TV’s “Dallas”) experienced the disease first hand, affecting both her mother and a close friend. This has inspired Linda to join a new, national public service announcement (PSA) campaign to help find a treatment for Alzheimer’s disease by 2025. More →

Foo Fighters To Join The Love Ride This Weekend Oct 16, 2015

On Sunday, October 18, 2015, the world famous Love Ride will roll one last time. And the Foo Fighters will be there!! More →

We don't have any videos related to Larry Hagman.