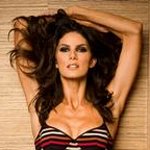 Born in Toledo, OH and raised in Minnesota, Ragan (Wallake) Brooks discovered her love for performing and the spotlight at the young age of five, when she began modeling in department store fashion shows. She continued modeling, and dancing ballet through high school, until she discovered her love for working in film and television. After booking a part on “Joe Somebody,” with Tim Allen, her first movie gig in Minnesota, Ragan was hooked.

A true beauty inside and out, Ragan is an up-and-coming force in Hollywood. Current credits include Eastwick, Desperate Housewives, and the upcoming feature film Minkow with James Caan and Mark Hamill, as well as other projects still in production. She lights up the screen and red carpet.

Ragan thoroughly enjoys working on set and in high profile film/television projects, citing the teamwork involved in producing them as “infectious.” Aside from that, Ragan is truly motivated by the heart and soul that goes into independent films, and no matter how busy her schedule, she tries to reserve time to work on independent projects that come her way.

Despite all that Tinsel Town has to offer, Ragan works very hard to maintain balance and keep things real. She maintains a very special place in her heart for her four-legged and furry friends, and has been an active volunteer with the Animal Advocates Alliance and the Lange Foundation, as well as the Home For Life organization in Minnesota.

Ragan Brooks has supported the following charities listed on this site:

Activity
Social reach
Google trends for "Ragan Brooks"
Available to Insiders only
Get Insider Access to these insights & more...

You can contact Ragan Brooks using details from this service. (Or read our advice on how to contact celebrities) 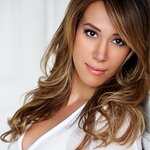 The Los Angeles Mission will make a difference for the homeless this Easter – with a little help from celebrity friends. More →

We don't have any videos related to Ragan Brooks.