Morrissey Speaks Out Against Animal Suffering At Imperial College London 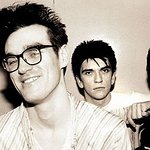 Former The Smiths front-man, Morrissey has joined the BUAV call for an independent inquiry into disturbing evidence of animal suffering and poor practice revealed at an Imperial College London animal research laboratory.

Morrissey is the latest celebrity to call out failings at Imperial College London discovered by a recent BUAV undercover investigation. Former ICL student and Queen guitarist Dr Brian May was “shocked and saddened” by the revelations, and “ashamed that it could have taken place in the University of my own training”. Brian May called for a fully independent inquiry in the hope that “this appalling cruelty will never be allowed to happen again”.

The BUAV investigator worked for seven months at Imperial College and documented a catalogue of shortcomings and wrongdoing by staff and researchers that caused even more distress and suffering to the animals in its care than was allowed in the experiments. Findings included: breaches in and lack of knowledge of UK Home Office project licences; a failure to provide adequate anaesthesia and pain relief; incompetence and neglect and highly disturbing methods used to kill animals.

The UK Government and research industry repeatedly claim that the UK has some of the highest welfare standards in the world for animals in laboratories, yet huge secrecy surrounds animal research. This BUAV investigation has shown the reality of animal welfare standards at one of the UK’s leading universities, with breaches of the regulatory regime and inappropriate licensing and enforcement by the Home Office.

Michelle Thew, Chief Executive of the BUAV stated: “We welcome the support from Morrissey on this important issue. Our investigation at Imperial College London raises significant and far reaching questions about animal research in the UK and it is crucial that a fully independent inquiry is carried out. Please support us by visiting http://LicensedtoKill.buav.org to sign our petition.”

The BUAV is urging the UK Government to:
Revoke the Establishment Licence of Imperial College London;
Set up an inquiry, wholly independent of the Home Office, into the concerns they raise.

Please sign the BUAV petition on Change.org calling for an end to animal experiments at Imperial College London.