Gets Your Hands On A Celebrity-Signed Xbox From Nerd HQ 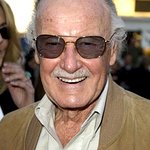 To include the support of fans who aren’t able to make it to Petco Park for this year’s Nerd HQ, The Nerd Machine invites you to join them in supporting children’s charity Operation Smile by bidding on select memorabilia and one-of-a-kind pieces that will earn you serious bragging rights with friends, while simultaneously providing life-changing surgery for children around the world.