Maggie Q To Be Honored At Action Icon Awards 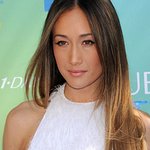 The 6th Annual Diamond in the RAW-Action Icon Awards will take place in November.

The organization celebrates action-oriented stunt women, extreme sports enthusiasts and A-list talent in Hollywood while, simultaneously preparing the next generation of teen girls for success.

Jason George of ABC’s “Grey’s Anatomy” is the Co-Host.

The Diamond in the RAW Foundation is a California 501C3 non-profit organization devoted to empowering and transforming the lives of foster care and at-risk teen girls between the ages of 12-18.

The Awards Luncheon includes Red Carpet Arrivals, a silent auction and retrospective action-oriented footage of the biggest stunts ever achieved by women.

Lauded as one of Hollywood’s top social events of the year, deserved individuals will be honored in various categories including The Diamond in the RAW Award along with Special Achievement, Action Icon, Dare2bDifferent, Jewel, Helen Gibson, GEM, Dynamic Duo and last but not least — Stuntwoman of the Year.

For information about the event, sponsorship opportunities and tickets please visit www.actioniconawards.com, info@diamondintheraw.com or call 800.566.4714, Ext. 83.