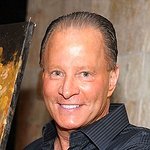 Flamboyant philanthropist Stewart Rahr has announced that more than $800,000 has been donated to charity through an online trivia game via email with his friends.

Four hundred of Stewart’s friends – including Edward Norton, LL Cool J and others – participate in the game regularly.