Jimmy Kimmel To Be Honored At Variety's Power Of Comedy Event 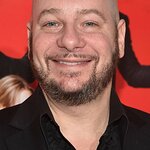 Variety is pleased to announce that Jeff Ross will be hosting their 4th Annual Variety’s Power of Comedy event presented by Xbox One on November 16 at The Avalon Hollywood in Los Angeles.

This year’s gala is presented by Xbox One and sponsored by Amazon Studios, GUINNESS and Johnnie Walker and will bring together over six hundred VIP guests, including some of Hollywood’s most talented comedians.

“The caliber of comedic talent for our 4th Annual Variety’s Power of Comedy event is truly outstanding. We are thrilled to have Jeff Ross and so many wonderful performers join us in raising awareness for The Noreen Fraser Foundation,” said Michelle Sobrino, Publisher, Variety. “With Xbox One, Amazon Studios, GUINNESS and Johnnie Walker generously providing their support to such a worthy cause, this is sure to be a memorable event and also one of the funniest rooms in Hollywood that night.”

Tickets and tables are currently available for purchase at a variety of supporting levels via The Noreen Fraser Foundation’s website and through Levy, Pazanti & Associates events. The event’s presenting sponsor, Xbox One, will be showcasing the new entertainment system at the event just days prior to its highly-anticipated launch on November 22. Xbox One is the ultimate all-in-one entertainment system built for the 21st century living room — introducing a new world of games, music, live TV, movies, sports, apps and Skype, all personalized and accessible with the sound of your voice.