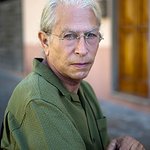 On January 28th at 10 AM songwriters Joel Rafael and Lance Canales will pay tribute to the 28 ‘Deportees’ on the 66th anniversary of their untimely death.

The event will air on KFCF 88.1 Rick Flores’ Waste Land of the Free radio program.

During WWII the U.S. Federal government created a program to bring Mexican workers to the U.S. while troops were fighting abroad. Once they had completed their work they were taken back to Mexico. On January 28, 1948 a group of these workers were returning to Mexico when their plane crashed in Los Gatos Canyon killing everyone on board. Rather than being given a proper memorial, the 28 victims were buried in a mass grave with a plaque labeled “Mexican Nationals.”

The incident inspired Woody Guthrie’s “Deportee (Plane Wreck at Los Gatos)” which both Rafael and Canales along with Bob Dylan, Pete Seeger and Bruce Springsteen have all recorded. After much research the victims were identified last year, and a headstone with their names was installed and dedicated on September 2, 2013 at Holy Cross Cemetery.

On the anniversary of the crash, Lance Canales and Joel Rafael will appear on KFCF 88.1 Rick Flores’ Waste Land of the Free radio program, during the hour that the accident occurred, to talk about the incident and the event from 10AM- Noon. They will be joined by writer Tim Z. Hernandez and descendent of two of the victims, Jaime Ramidez.