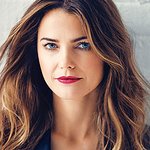 The Adrienne Shelly Foundation (ASF), a non-profit organization dedicated to the memory of actor/filmmaker Adrienne Shelly (Waitress), launched its 7th annual Celebrity Auction this week with support from prominent celebrities across the entertainment, literary, sports, business and political arenas.

The auction is open to bidders internationally from January 22 through February 11 at www.charitybuzz.com/AdrienneShellyFoundation. Proceeds will support ASF’s mission of supporting women filmmakers through production grants.

“It’s truly an honor to have so many wonderful people pitching in to help us raise money,” said Andy Ostroy, ASF’s founder and executive director. “We’re very grateful for their support.”

“The Adrienne Shelly Foundation is an important organization with a critical mission,” said Keri Russell, star of the FX Network’s The Americans, Adrienne Shelly’s hit film Waitress, and a member of ASF’s Advisory Board. “This auction is a major source of funding in its support of women filmmakers and it’s a fun thing to be a part of.”