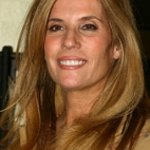 The ASPCA (The American Society for the Prevention of Cruelty to Animals) and award-winning animal advocate Jill Rappaport, announced today they are developing Best in Shelter, a television series and prime-time special showcasing the special appeal of shelter pets.

The first program is intended to culminate on Valentine’s Day 2015.

Beginning February 2014 and with the help of ASPCA animal welfare and shelter experts, Ms. Rappaport will visit shelters around the country on a year-long search for a variety of outstanding canine and feline contestants. Chosen animals will then strut their stuff for a panel of judges for a chance to be crowned Best in Shelter – and score a loving home in the process.

Creator, Executive Producer and Host Jill Rappaport said: “It has been my dream – ever since I created my beloved ‘Bow to Wow’ series six years ago on the TODAY Show – to develop a program that celebrates the beauty, inside and out, of shelter animals. The time has come – and long over-due – for shelter pets to shine as the true superstars they are! The win-win here is that hopefully every one of our featured fur angels, whether on the show or in the shelters I will be visiting across the country, will find a loving permanent home, which is what they deserve. The ASPCA is a critical national voice for shelter animals, and I look forward to partnering with them to truly make a difference for animals in need.”

The series will be designed to showcase the dogs and cats – young and old, big and small and on four or three legs – discovered at shelters. Much like other reality show competitions, selected finalists are expected to compete in front of a live studio audience in a primetime special, Best in Shelter. In addition to Jill Rappaport and special celebrity guests, the judging panel would feature experts, such as a veterinarian and a certified animal trainer, who would be faced with the task of narrowing down their favorites. There would be trophy winners in several creative categories, such as “sizzling seniors”, and one Best in Shelter superstar.

The ASPCA will be the exclusive animal welfare organization partner for the television project, leveraging its extensive relationships with animal shelters around the country and sharing its expertise in adoptions. The program is expected to feature the ASPCA’s Onyx and Breezy Shefts Adoption Center in NYC as well as non-profit and city-run shelters nationwide.

Each of the animals featured on the program would be available for adoption, giving them an incredible platform in front of a national audience. Regardless of whether they’re awarded Best in Shelter, they’re sure to win the hearts of millions of viewers and hopefully a one-way ticket to a new home.

The ASPCA estimates that approximately 5 to 7 million animals enter shelters nationwide each year, and approximately 3 to 4 million never make it out alive. The ASPCA works nationwide every day to change this, providing support and resources to animal welfare organizations across the country to provide positive outcomes for those animals most at risk.

“Shelter animals can bring as much love and happiness to your life as any animal anywhere – the only difference is they don’t yet have homes of their own,” said ASPCA President & CEO Matthew Bershadker. “Best in Shelter would not only celebrate how wonderful these animals are, but would bring attention to the fact that many are already waiting in your own community. I’ve no doubt this program will both change lives and save lives.”

Bershadker added: “As a leading voice for shelter animals on network television, Jill shares our passion for spotlighting animal victims of cruelty and homelessness. Jill’s a gifted storyteller and her life-long work has created national awareness for critical animal welfare issues, helping many animals find homes. We are thrilled to partner with her on this important new program.”

Jill Rappaport has worked as a correspondent for TODAY and NBC News for the more than 22 years, the first 15 as entertainment reporter. While chronicling her beloved dog Jack’s bone cancer diagnosis and medical treatment on TODAY, she realized that animal welfare issues were her calling, and so her career path changed. In Rappaport’s award-winning “Bow to Wow” and “Meow to Wow” series, she helped make over shelter pets, giving them a second chance at life by putting a national spotlight on homeless animals and had a 100 percent adoption record. Rappaport is also the best-selling author of People We Know, Horses they Love, and has written three others books, including Jack & Jill: The Miracle Dog with a Happy Tail To Tell, about her beloved dog Jack, and 500 Cats.

Rappaport is the recipient of numerous national honors and awards for her work on behalf of animal welfare. She was named the ASPCA Good Will Equine Welfare Ambassador and received the coveted Presidential Service Award for Media Excellence at the 2012 ASPCA Humane Awards. Rappaport recently launched her own line of leashes and collars called “Jill Rappaport’s Rescued Me Collection”, and has an equestrian jewelry line called “Hannah’s Heart” named after her beloved late mare and benefiting horses in need. In the spring she will be launching “Jill Rappaport’s Shelter Shake”, a wonderful toy to be given out to various shelters across the country, so animals feel like they are “one step closer to a loving home”. Rappaport lives on a farm with her five rescue dogs and seven horses, to whom she refers as her “fur angels.”