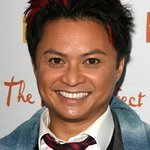 Family Equality Council’s premier West Coast event honors notables in the world of arts, entertainment, politics, and the LGBT movement for their efforts to advance equality for all families.

Jennifer Tyrrell will be honored for her advocacy after being removed from her leadership position with Boy Scouts of America (BSA) because she is gay. She has become a loud and proud voice for the LGBT community. She has spoken at GLAAD Media Awards in LA, San Francisco, NYC and attended her first Gay Pride Parade in 2012 in NY where she had the honor or riding in the parade with George Takei, was the Grand Marshall of Toledo OH’s 2012 Gay Pride Parade, spoken publicly at equality rallies, appeared on Dr. Drew, and numerous news programs about her journey to bring equality to the BSA.

Peter Paige & Bradley Bredeweg, creators of ABC Family’s The Fosters, are being honored for their work groundbreaking work on the compelling, one-hour drama about a multi-ethnic family mix of foster and biological kids being raised by two moms. Winner of 2013’s Teen Choice Award for Choice TV Breakout Show, “The Fosters” is executive-produced by Jennifer Lopez, (“American Idol,” “What to Expect When You’re Expecting,” “The Back-Up Plan”) and created by Bradley Bredeweg and Peter Paige (“Queer As Folk”), who also serve as showrunners, writers and executive producers.