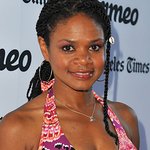 Winners of the 45th NAACP Image Awards were announced this weekend with two festive events.

The first, which took place Friday evening, was hosted by Rickey Smiley and Kimberly Elise who presented awards in non-televised categories. On Saturday, Anthony Anderson hosted the “45th NAACP Image Awards” which was a LIVE two-hour, star- studded event that aired on TV One, the new home of the NAACP Image Awards. In addition, TV One also aired “Live From the Red Carpet,” a pre-show hosted by Kevin Frazier and Tanika Ray, which led into the live telecast.

Actor Forest Whitaker received the NAACP Chairman’s Award. Paris Barclay and Cheryl Boone Isaacs, the first African-American Presidents of the Directors Guild of America and the Academy of Motion Picture Arts & Sciences, respectively, were inducted into the Image Awards Hall of Fame. Dennis Haysbert was the in-show announcer.

The NAACP Image Awards are recognized as the preeminent multi-cultural awards show, from an African-American point of view. The NAACP Image Awards celebrate the accomplishments of people of color in the fields of television, music, literature and film and also honor individuals or groups who promote social justice through creative endeavors. NAACP members voted on the winners, which were announced when the envelopes were opened on Friday, February 21, during the Awards Ceremony for non-televised categories. The remaining categories were announced LIVE on stage during the TV One telecast on Saturday, February 22.

Nominees for the NAACP Image Awards are determined by the number of entries received by the deadline. To be eligible, projects must have had a national distribution date between January 1, 2012 and December 31, 2012. For the 2012 voting period, more than 1,200 submissions were received by the artists, managers, publicists, production companies, record labels, studios, networks and/or publishers. From those entries, a nominating committee of 300 industry professionals and NAACP leaders from across the country select five nominees in each of the 53 categories. To determine the winners, the members of the NAACP vote via a secured online site. The results are tabulated by the Image Awards auditors, Bert Smith & Co.

For all information and latest news, please visit the official NAACP Image Awards website at www.naacpimageawards.net. 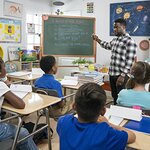