Stars Enjoy A Night At Sardi's For Alzheimer's Association 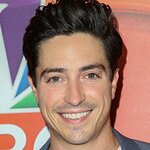 “A Night at Sardi’s” is an annual celebrity musical revue and awards dinner to benefit the care, support and research efforts of the Alzheimer’s Association. More than 1,000 prominent entertainment industry leaders and celebrities gather to recognize advances in the fight against Alzheimer’s — and rally around the growing movement to end the disease.

Among the honorees this year were the cast of The Big Bang Theory – Mayim Bialik, Johnny Galecki, Simon Helberg, Kunal Nayyar, Jim Parsons, Melissa Rauch and Kaley Cucoco – who were awarded the Abe Burrows Entertainment Award for extraordinary commitment to the mission of the Alzheimer’s Association. The award was presented by Bob Newhart.

Also honored was country singer Glen Campbell. The Campbell family has demonstrated immense courage with their public disclosure of Glen’s Alzheimer’s diagnosis. They have become champions for the cause, carrying a message across the country while on tour, and testifying before congress in Washington D.C. about the need for Alzheimer’s to be a priority and the critical need for more research and resources. To recognize this incredible personal strength and the influence the family continues to have on so many across the nation, the Alzheimer’s Association is naming this inaugural award at Sardi’s for Glen and his family. The Glen Campbell Courage Award will recognize them, and future recipients, for promoting greater understanding and awareness of Alzheimer’s disease, dispelling public misperceptions and moving people to take action.

Among the performers for the night was John Stamos, who sang a duet with Robert Morse from their musical, How to Succeed in Business Without Really Trying.

To date, “A Night at Sardi’s” has raised more than $23 million to address this rapidly growing health crisis. The Alzheimer’s Association funds cutting-edge research, raises awareness and helps to address the needs of Americans living with the disease and their caregivers.