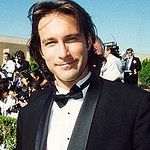 This package, along with other items up for auction that night, will help raise money for charity at the milestone 20th anniversary Celebrity Fight Night event at the JW Marriott Desert Ridge Resort & Spa in Phoenix.

This exclusive package includes space flight training at Air Combat USA of Fullerton, California, a space suit fitting and an actual space flight experience onboard the XCOR Lynx, a two-seat spacecraft. XCOR Chief Test Pilot and former NASA Space Shuttle Commander Colonel Rick Searfoss will then pilot two separate missions onboard Lynx, one with the auction winner and one with John Corbett, to the edge of space.

The package also includes a pre-flight physical exam as part of the auction winner’s training, a video of the training day experience, a demonstration of a Lynx launch, two first class tickets to Los Angeles and deluxe hotel accommodations.

The XCOR Lynx flight will depart from a runway at the Mojave Air and Space Port north of Los Angeles, rocketing up to 200,000 feet in five minutes to suborbital space. Lynx will then go through several minutes of weightlessness and gently glide home, for a total time of about 35 minutes of flight.

Actor and country musician John Corbett is well-known for his role as Seth Holt in NBC’s hit dramedy Parenthood, and his self-titled debut country album, which climbed to number 42 on Billboard’s Country Albums chart.

“As an artist, I never for a second dreamed that I could make a living making music. And as a child who was inspired by the Apollo program, I would never have dreamed that the experience of space would be so close at hand – until Celebrity Fight Night connected me with XCOR. To be standing at the threshold of an actual space flight is almost more than I can imagine.”

Colonel Searfoss is both XCOR’s Chief Test Pilot and one of only 100 individuals to actually have commanded a Space Shuttle mission (STS-90). Over his career he has logged 939 hours in space, with 6,000 hours flying more than 79 types of aircraft.

Colonel Searfoss stated that XCOR Lynx is “all of the experiences I had flying the Shuttle, all those phases of flight: the boost, the weightlessness.” But the best part, he added, “is the fact that you’re up in a pilot seat, with me, as opposed to being in the back like a passenger on an airliner. It’s really a ‘Right Stuff’ experience. And I couldn’t be more excited to share the opportunity for this experience with John and Celebrity Fight Night.”

Celebrity Fight Night executive director Sean Currie added that CFN, “now in its twentieth year, could not be more excited to offer this once-in-a-lifetime package with XCOR and Colonel Searfoss. This is truly the experience of a lifetime and we are honored that John Corbett is the explorer who will take part in that journey.”

“Because XCOR Lynx is what Commander Searfoss calls a ‘Right Stuff’ experience, it is important to us to work with a celebrity who is not only moved by the idea of a Lynx flight, but also truly gets the vision of space exploration.” said XCOR representative Greg Claxton. “And all of this could not be for a better cause.”

Celebrity Fight Night’s luxury live auction items are one of the most anticipated aspects of the action-packed evening. The coveted auction items are once-in-a-lifetime experiences that cannot be bought or found elsewhere. The items often go for hundreds of thousands of dollars, helping Celebrity Fight Night Foundation contribute a significant amount of dollars to the Muhammad Ali Parkinson Center at Barrow Neurological Institute and other charities.

Other auction items and packages previously announced include: dinner with Billy Crystal and Robert De Niro; dinner with Reba McEntire in her Beverly Hills home; backstage dinner with Michael Buble, a summer weekend with the Kennedys in Cape Cod; an all-inclusive getaway at a private lodge in British Columbia; a west coast trip on the Patron Tequila Express 1927 Vintage Rail Car; a four night stay with Richard Branson on his private British Virgin Islands Necker Island, for a Leadership Gathering, and more.

Over the past 19 years, Celebrity Fight Night has raised $87 million for the Muhammad Ali Parkinson Center and other charities.