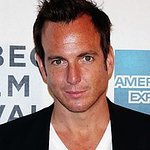 The entertainment industry turned out in force during the weekend in support of Motion Picture & Television Fund's (MPTF) third annual Reel Stories, Real Lives event, a unique evening of powerful readings which told the stories of industry members and their families who have benefitted from MPTF’s services in recent years.

The event, held at Milk Studios, was hosted by Will Arnett and featured video remarks from Mark Wahlberg and readings by renowned Hollywood actors including Casey Affleck, Joseph Gordon-Levitt, Anne Hathaway, Andy Samberg, and Taylor Schilling.

MPTF President and CEO Bob Beitcher said, “My love affair with MPTF began 12 years ago at an event just like tonight’s ‘Reel Stories’ hosted by Kevin Spacey. Witnessing Hollywood’s finest tell the amazing stories of how MPTF takes care of industry members in their time of need made me proud to be part of the entertainment community, led me to step up my financial contributions to MPTF, and screamed to me ‘get involved.’ And thankfully I did!”

“There is no better way to introduce the next generation of Hollywood to the importance of MPTF to this industry than the creative talent brought together to tell the stories of the people helped by this charity,” said Jeffrey Katzenberg, Chairman of the MPTF Foundation. “My thanks to Will Arnett for hosting and to the talented actors and writers who are giving so generously of their talent to bring to life the mission of caring for our own in these compassionate real-life stories.”

CEO of MPTF Foundation Ken Scherer said, “MPTF Foundation is truly fortunate to have the force of nature that has become what we affectionately call Team Valenti – my thanks to Guymon Casady, Bill Gerber, Karen Rosenfelt, Kevin McCormick, Greg Sills, Courtenay Valenti, and Warren Zavala – for channeling their individual passion into creating this event that has built awareness and motivated engagement with the next generation of Hollywood. And out of this event has emerged a new Next Gen group under the leadership of Natalie Bruss and Zachary Browning,” Scherer concluded.

The evening was generously sponsored by UCLA Health, Delta Air Lines, and The Hollywood Reporter.