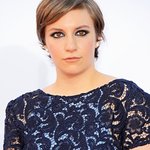 Dr. Neal Baer, the Executive Producer and Showrunner for acclaimed television programs such as “ER” and “Law & Order: Special Victims Unit” and “Under The Dome,” received the Point Leadership Award, and Lena Dunham, the Golden Globe Winner and Emmy Nominated Actress and Producer of HBO’s “Girls,” accepted the Point Horizon Award.

Mariska Hargitay presented Neal Baer with the Point Leadership award and in an emotional speech Dr. Baer said, “I am deeply grateful to everyone at the Point Foundation for this wonderful honor. Everyone should have the right to live with dignity, respect and safety…Being gay for me means being honest and, I know the word is almost cliche today, being authentic…I can say to all of you tonight that I’m glad I’m gay, that I love being gay. I love being who I am.”

Speaking to the audience after being presented with the Point Horizon award by her “Girls” co-star, Andrew Rannells, Lena Dunham said, “Our goal on Girls is to show you non-stereotypical examples of the range of people who inhabit this amazing city, and we are learning more about what that means every day. This award is such a beautiful indication that we are finding our way…I salute you, Point scholars and graduates. I thank you, Point Foundation”

“It is wonderful that we had the privilege to honor two people of tremendous talents for being champions of the LGBTQ community,” said Jorge Valencia, Executive Director and Chief Executive Officer of Point Foundation. “Dr. Baer’s notable professional career, in which he often has included realistic and engaging LGBTQ characters in his shows, speaks perfectly to the vision and perseverance that the Point Leadership award stands for. We chose to give the Point Horizon award to Lena Dunham because she is a trailblazer and inspires so many young people that they can realize their great potential.”

A number of Point’s 78 current scholars and some of the Foundation’s 165 alumni joined celebrities on stage and shared with the audience their inspiring stories about the challenges overcome in pursuit of a higher education degree. Point Foundation will announce the recipients of its 2014–2015 scholarships in June 2014.