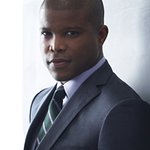 The evening honors Lisa and Mat Lori, along with Kathy Van Zeeland and her husband, Bruce Makowsky, with the Founders Circle Award. The two families are being recognized for their dedication and contribution to the work of healing smiles worldwide. Together the Lori and Makowsky families have raised nearly $1 million for Operation Smile.

The Smile Event will also honor actor Sharif Atkins with the Universal Smile Award for his work as an official Smile Ambassador. The Corporate Humanitarian Award will be presented to Microsoft Corporation for their continued generosity and donations. NBC NEWS’ Natalie Morales will serve as Master of Ceremonies for the evening, and Michael Strahan will make a special appearance. The Smile Event will highlight the Operation Smile’s work in Latin America with a Latin American theme for the evening.

“It is an honor and privilege for us to be accepting this award,” said Lisa Lori. “We are proud to share this with our dear friends, Kathy Van Zeeland and Bruce Makowsky, and to continue to support the incredible work of Operation Smile throughout the world.”

The Loris, Mrs. Van Zeeland and Mr. Makowsky have helped Operation Smile share the joy of a simple smile through their many fundraisers and initiatives. Most notably, they launched an extraordinary project called, The Three Little Bears, named after the Lori’s three sons, Zachary, Luke and Griffin, who were all born with facial paralysis. The Three Little Bears initiative was developed, designed and co-created by childhood friends, Lisa Lori, a writer, and Kathy Van Zeeland, a handbag designer.

"Operation Smile is an outstanding organization and we couldn’t be more proud to be a part of their family." said Kathy Van Zeeland.

The Three Little Bears initiative allows for a commemorative and cuddly teddy bear to be given to comfort children worldwide before they go into surgery. The honorees, and the Lori’s eldest son, Zachary, traveled to Panama last year to witness, first hand, the work of Operation Smile. The experience solidified their commitment to change the lives of children globally. Mr. Lori is a Managing Director and Partner with New Mountain Capital. Mr. Makowsky is a real estate developer, designer and entrepreneur.

Sharif Atkins will be the recipient of this year’s Universal Smile Award. Since 2011, Mr. Atkins has been a Smile Ambassador strongly supporting the organization’s global efforts. He has raised over $10,000 to heal smiles through Crowdrise and more than $5,000 through another fundraiser during National Smile Month in 2012, which helped provide life-changing surgery for 20 children. He also volunteered on a mission in Ecuador in 2013. Mr. Atkins is currently starring in USA Network’s series White Collar.

Microsoft Corporation will receive the Corporate Humanitarian Award. Microsoft’s continued generosity has launched Operation Smile to become a truly 21st century organization. Leveraging resources and partnerships, Microsoft has facilitated donations of more than $1 million in technology, in addition to invaluable time and commitment from its team to further enhance Operation Smile’s mission.

“Microsoft has become our partner in the true essence of the word. They got involved in the cause, looked at our needs and offered solutions that empower us to become a better organization,” said Ruben Ayala, Operation Smile Senior Vice President of Medical Affairs.

Proceeds from the evening will support children and surgeries in Latin America and around the world.

Look To The Stars Talks to Sharif Atkins