Stars Donate To Oxfam's Rumble In The Jumble 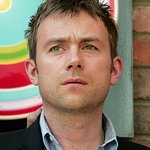 A huge number of celebs have donated items to this weekend’s Rumble In The Jumble #3.

The Music Circle is back with another Rumble in the Jumble in association with Oxfam on April 26, after a hugely successful celebrity sale in 2013, which raised over £16,000 and featured designer donations from the likes of Damon Albarn, Alison Mosshart, Fearne Cotton, Daisy Lowe and Annie Mac.

The event is raising money and awareness for women in the DRC, the victims of “the world’s most forgotten conflict”, who face constant threats of forced displacement, sexual violence, abduction and extortion.

Items going under the hammer at this year’s event include:

The event will be hosted by Radio 1’s Gemma Cairney, and will take place from 12-6pm at the Oval Space, 29-32 The Oval, London.