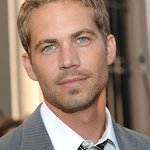 The public knew Paul Walker best for his roles as an actor: The Fast and the Furious series, Into the Blue, Eight Below and Pleasantville, among others.

The Monterey Bay Aquarium knew him better as an aspiring marine biologist and a lifelong friend of the ocean. Growing up, Paul was inspired by Jacques Cousteau – his mentor and role model. He studied marine biology in college and planned to make that his career before he was drawn into acting.

But the ocean was never far from his life – or his concerns.

Now the aquarium, in collaboration with Walker’s family, will honor his memory and continue his legacy through the Paul Walker Ocean Leadership Award – recognizing individuals who are using their public stature to advance ocean causes and support philanthropic ventures.

The inaugural recipients – actress and supermodel Marisa Miller, and singer Jack Johnson – will receive their awards in June.

Paul Walker’s daughter and brothers will participate in the presentations.

“The ocean plays a central role in the lives of both Marisa Miller and Jack Johnson – as it did for Paul Walker,” said aquarium Executive Director Julie Packard. “Like Paul, they recognize how important it is to work for a future with healthy oceans, and to inspire others to do their part. We’re proud to honor them in this way.”

Walker helped the aquarium celebrate World Oceans Day in 2005, and told visitors that day about about his personal commitment to ocean conservation – urging them to step up their own involvement.

“I was fortunate to have visited the Monterey Bay Aquarium with my father on several occasions,” said his daughter, Meadow Walker. “It held a special place in his heart, as it now does in mine. I am proud of him, and this award that honors his commitment to ocean conservation.”

Marisa Miller is an actress, supermodel, a surfer and Monterey Bay area resident who has been inspired by the aquarium’s work since she was a schoolgirl. Today, as a young mother, she actively promotes an ocean-friendly lifestyle – one that eliminates single-use plastic water bottles, and incorporates sustainable seafood choices, as well as organic foods and natural personal care products that keep pollutants out of the ocean. In addition to her philanthropic work with the American Cancer Society and the USO, she has been associated with Surfrider Foundation, which works on behalf of healthy oceans.

Jack Johnson is an acclaimed singer-songwriter, surfer and filmmaker. The Hawaii native and his wife, Kim, have been effecting change worldwide by leading the music industry in greening practices and using their success to support many social and environmental issues. Their Johnson Ohana Charitable Foundation supports environmental initiatives, art and music education worldwide – including the aquarium’s Ocean Plastic Pollution Summit, where teachers find new ways to engage their students around the issue of plastics and ocean health. A graduate of the University of California-Santa Barbara, Johnson has released multiple platinum-selling albums on Brushfire Records, including Brushfire Fairytales, Sleep Through the Static and To the Sea.

“I’m honored to be receiving the Paul Walker Ocean Leadership Award,” said Marisa Miller. “The Monterey Bay Aquarium has been a part of my life since I was six years old. Its programs for education and ocean awareness are still impacting me today. I look forward to celebrating World Oceans Day with the communities that support all the work that the Monterey Bay Aquarium does.”

“The Monterey Bay Aquarium is a special place for our family,” said Jack Johnson. I appreciate the energy they put into educating the public on sustainable seafood, marine debris, and the overall health of our oceans. I’m honored to be working with them and to be receiving the Paul Walker Award."

At the June 7 World Oceans Day celebration, the aquarium will also present a youth award to 17-year-old high school student Ailis Dooner of Carmel, who took second in the world at the International Science Fair for researching a way to prevent lung cancer using substances found in sea anemones and seaweed. Ailis is a Teen Conservation Leader at the aquarium.

The nonprofit Monterey Bay Aquarium celebrates its 30th anniversary in 2014. Its mission is to inspire conservation of the oceans.