Carma Foundation To Host Annual Geminis Give Back Event 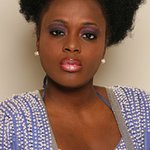 Melky Jean’s Carma Foundation will hold its annual Geminis Give Back event on Sunday, June 22.

Celebrity friends and lovers of everything Carma will come out to enjoy an evening of light hors d’oeuvres by Haiti’s own Chef Lucman Pierre, mingling, and entertainment. The venue is The Griffin, 50 Gansevoort Street, Manhattan, NY 10014.

The Carma Foundation is a non-profit organization founded by Melky Jean. The mission of Carma is to measurably improve the health of poor and vulnerable women and children in the Caribbean and Inner Cities of the United States.

Carma has built its legacy and reputation on solid initiatives and successful projects since its inception in 2007. After the wake of the devastating earthquake in Haiti, Carma was one of the first foundations already on the ground and ready to address the needs of the people. Carma’s shoe program has distributed over 70,000 pairs of Crocs shoes and hundreds of donated shoes. From the reconstruction and development of an orphanage/child care center to beauty makeovers, scholarship programs and community outreach programs, the Carma Foundation has remained steadfast in its efforts to restore and give back. Melky Jean’s unyielding commitment and love for her homeland, has inspired an annual tradition; The Geminis Give Back Event, where she dedicates her birthdays to holding fundraisers where in lieu of receiving gifts, donations are made to the Carma Foundation benefiting Haiti. Geminis Give Back is always a highly anticipated event which has garnered the support of various celebrities such as Patti LaBelle, Vivica Fox, Lynn Whitfield, Anderson Cooper, John Legend, Hip Hop Artist Trina, Wyclef Jean, John Starks, 2010’s Miss America Rhima Fakih, Mike Williams from the HBO’s Wire, Al B Sure, VH1’s Basketball Wife Royce Reed, and the Carma Foundation’s own ambassador Hot 97’s Kay Foxx.