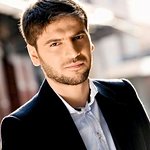 “I am honoured and delighted that Sami is adding his powerful voice to the push for zero hunger,” said WFP Executive Director Ertharin Cousin in a statement to the press. “He has demonstrated a deep commitment to helping WFP address the needs of the hungry and in his new role as a Global Ambassador Against Hunger he can take this to a whole new level.”

Mr. Yusuf, who is a long-time supporter of WFP, will use his new status to raise awareness about the agency’s life-saving work on the frontlines of hunger and to advocate on behalf of the hungry and vulnerable.

He has already visited WFP operations providing food assistance to Syrian refugees in Jordan and he has seen how WFP works to improve access to nutritious food in Egypt.

In the past, he has donated proceeds from the sale of his records to support WFP’s work in response to the Horn of Africa drought in 2011 and, more recently, he dedicated one of his songs to the survivors of last year’s Typhoon Haiyan in the Philippines.

“Hunger is a tragic contradiction in an age that’s known for mass production and consumption,” said Mr. Yusuf. “It’s a sad reality that kills not only bodies but also a people’s spirit and hopes for future prosperity and peace of mind.”

“It is a privilege to have been appointed Global Ambassador Against Hunger for WFP and to be given the opportunity to serve such a noble and noteworthy cause. I will strive to do my utmost to help eradicate hunger – something that simply should not exist in our time,” he added.

Mr. Yusuf, who has a huge international following, actively engages with his loyal fan base on social media, reaching out to millions through his profiles on Facebook and Twitter, which he has used to draw attention to the activities of WFP in response to hunger crises around the world.

According to WFP, some 842 million people in the world do not have enough to eat and poor nutrition causes nearly half of all deaths among children under the age of 5 years. WFP is the world’s largest humanitarian agency fighting hunger worldwide. In 2013, it assisted more than 80 million people in 75 countries.