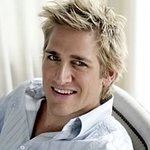 On September 26th, HSN will exclusively launch UNICHEF: Top Chefs Unite in Support of The World’s Children, a cookbook published by Glitterati Incorporated that features an unprecedented collaboration of 40 world-class chefs assembled by U.S. Fund for UNICEF National Board Member Hilary Gumbel.

Only at HSN will customers have the opportunity to purchase a limited edition of the UNICHEF books that are signed by HSN Chefs Donatella Arpaia, Ingrid Hoffmann, Curtis Stone and Ming Tsai. For each book purchased from HSN on September 26th, HSN will donate twenty percent of the purchase price of the UNICHEF book to the U.S. Fund for UNICEF. In addition, Hilary Gumbel will donate all royalties she would receive to the U.S. Fund for UNICEF.

To celebrate the launch of UNICHEF on HSN, Mindy Grossman and Caryl Stern will join Hilary Gumbel on-air, along with HSN chefs Donatella Arpaia, Ingrid Hoffmann and Ming Tsai, on September 26th at 10 p.m. EST for the second annual HSN Cares Trick-or-Treat for UNICEF Primetime Special. HSN Cares will donate twenty percent of the purchase price of all products featured on-air and sold during the primetime special to benefit Trick-or-Treat for UNICEF.

Find out more at HSN.com.