Return of the Secret Policeman's Ball 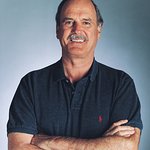 The first show starred other members of Monty Python, Billy Connolly, and it also gave Rowan Atkinson his big break. The Secret Policeman’s Ball was then made into a feature-length film.

In 1987, musical acts were added to the line-up, starring such artists as Kate Bush, Bob Geldof and Duran Duran.

Now, after 17 years, the Ball is finally returning, with a whole new line-up. Eddie Izzard, Chevy Chase and Jennifer Saunders are just a sample of the impressive names amongst the acts this year, as well as music performances by Gorillaz and The Magic Numbers.

The show, to be held at London’s Royal Albert Hall on October 14th and broadcast on UK’s Channel 4 shortly after, will involve stand-up comedy, sketches and music and will be given an update with animations and podcasts.

Lisle Turner, of Amnesty International UK, comments on this event, “It’s never been more important to stand-up for humanity and human rights and as it was a generation ago, the ball is our secret weapon to rally the troops.” Turner goes on to say, “We’re doing it now because the world needs a poke in the eye, it needs laughter, and frankly, it needs more balls.”