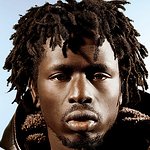 The producers of the upcoming feature drama “The Good Lie” have teamed up with organizations including the U.S. Fund for UNICEF to help South Sudanese children in crisis and Lost Boys and Girls’ communities.

This partnership represents a new wave in film and cause collaborations. UNICEF has played an integral role in the survival, protection and development of Sudan and South Sudan’s children since 1965. The Good Lie Fund, the philanthropic initiative of “The Good Lie” film, will help to drive donations to support UNICEF’s emergency relief programs in the region.

“The Good Lie” follows several of the approximately 20,000 refugees displaced during the second Sudanese Civil War, which began in 1983 and continued through 2005. Their stories reflect those of the children who traveled as many as a thousand miles on foot to reach refugee camps in Ethiopia and Kenya and the nearly 4,000 who eventually resettled in the United States. Three years ago, South Sudan became the world’s newest country after enduring decades of civil war. In December 2013, this young nation found itself embroiled in civil conflict again and has forced the displacement of approximately 1.8 million people.

UNICEF is working closely with partners to quickly and efficiently respond to the needs of those displaced by the crisis. The organization has already provided access to safe water to 450,000 people, and vaccinated 570,000 children against measles and polio. Some 57,000 children suffering from severe malnutrition have received treatment, and UNICEF hopes to increase that number to 120,000 by the end of the year.

The U.S. Fund for UNICEF has also produced a Public Service Announcement featuring two of the Sudanese actors from the film that will be shown in select theaters across the country. Emmanuel Jal, a former child soldier who stars in the film and will be featured in the PSA has said, “‘The Good Lie’ is the biggest gift that Hollywood has ever given Sudan or South Sudan and its refugees, because it’s no longer the story of the Lost Boys, it’s the story of humanity, the story of the struggle of children and how they survived.”

“We applaud the filmmakers, the cast and everyone involved in “The Good Lie,” which gives the children of Sudan a voice to tell their story," said Caryl M. Stern, President and CEO of the U.S. Fund for UNICEF. “While thousands of people are watching the film across the country, UNICEF and its partners will continue to help save and protect the lives of vulnerable children in South Sudan today. We urgently need the American public’s attention and support in aiding these children and their families.”

The film’s release comes on the cusp of the September 25 Ministerial High-Level Meeting on South Sudan during the 69th Session of the United Nations General Assembly where 17 non-governmental organizations released a joint statement on the conflict in South Sudan – many of whom have additionally partnered with the film to leverage it to broaden their reach, cause, and public understanding of the lives of refugees.

To learn more about these partnerships or how you can help support humanitarian efforts for Sudanese refugees, please visit TheGoodLieFund.org.