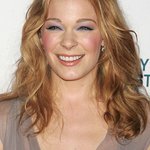 The second annual Inspire Nashville event will be held on Tuesday, October 14, 2014 at Marathon Music Works.

Benefitting Nashville-based non-profit Possibilities Inc., the Inspire Nashville event honors and celebrates individuals who give their heart and soul to communities in Nashville. This year’s Inspiration Award goes to Rod Essig, Vice President and Nashville Co-Head of Creative Artists Agency, whose commitment to supporting the community goes beyond the boundaries of the city in a way that is inspiring and motivating to others.

There are few places that capture the heart, open up the soul and inspire growth and change like the community of Nashville. This energy and culture is made possible by the tireless efforts of those who make an impact daily by giving back to their communities and inspiring those in need. The board of directors of Possibilities aspires to honor silent heroes who serve on boards, help at soup kitchens and make our world a better place with the annual Inspiration Award. Rod joins 2013’s Inspiration Award recipient, Pete Fisher, in an elite circle of the most inspiring heroes of the creative community.

To celebrate this incredible achievement, music superstars LeAnn Rimes, Ashley Monroe, Tommy Shaw of Styx, along with some surprise guests, will perform at this intimate exclusive gathering.

Ashley Monroe, country music singer-songwriter and Warner Brothers recording artist, has released two top 10 Debuts in 2013. Her highly acclaimed solo album “Like A Rose” produced by Vince Gill has been met with wide spread critical acclaim and was featured on several ‘Best Of Lists’ in 2013 including The New York Times, USA Today, Billboard and Rolling Stone. Monroe also co-formed the trio Pistol Annies with her friends Miranda Lambert and Angeleena Presley.

Tommy Shaw, best known for his work with the rock band Styx, has played with Damn Yankees and Shaw Blades and has released several solo albums. Tommy is a great artist, an endearing person who despite his fame is very easy going and generous, continuing what he loves the most: writing, recording music and touring.

Jewel says, “What inspires me most is that this event supports Possibilities by affording others an opportunity to find and follow their own truth. I loved performing at the first Inspire Nashville and instantly connected to their heartfelt vision.”

“I am privileged to be a part of Inspire Nashville and honoring Rod Essig’s special gift of balancing concerns of his clients and his whole hearted personal service to others. I am deeply touched by people participating in life giving programs and bringing emotional wellness to their work and personal lives,” says Pete Fisher, Vice President and General Manager at Grand Ole Opry.

More info can be found at www.inspirenashville.net. All proceeds from the event will benefit Possibilities, Inc. 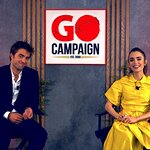