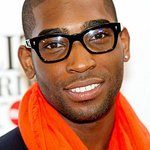 The event raised an incredible £750,000, made possible by generous donations from guests and the UK Government matching all public donations on the night pound for pound.

High-profile personalities from the worlds of entertainment, fashion and business turned out at London’s iconic venue, One Mayfair, to support Unicef’s work to help the millions of children in Syria and the surrounding regions that are in danger from disease, malnutrition and violence.

Canadian rock legend Bryan Adams opened the evening’s entertainment with his classic hit Run to You, followed by a surprise duet of When You’re Gone with British model and actress Suki Waterhouse. Tinie Tempah closed the show with an electrifying set including Pass Out and Written in the Stars. Guests made their way down The Rabbit Hole to an after party in the venue’s Crypt and a set by DJ Seth Troxler until the early hours of the morning.

Unicef UK Ambassador and host of the Halloween Ball, Jemima Khan said, “The number of Syrian children in danger is spiralling out of control. For more than three years, children have borne the brunt of indiscriminate violence. I recently visited Jordan with Unicef to meet Syrian children and families who have fled the conflict. Unicef is working day and night to reach these children with life-saving food, water, medicine, education and support to help them deal with the trauma they have faced. Their work is desperately underfunded. Tonight at the Halloween Ball we hope to raise a huge amount to help give Syrian children their childhood back.”

The money raised at the Halloween Ball will help Unicef, the world’s leading children’s organisation, provide children in Syria and refugee children in five neighbouring countries – Jordan, Lebanon, Turkey, Iraq and Egypt – with vital aid and support, as part of the largest humanitarian operation in history. The £750,000 raised will be added to the £4.4 million already raised for Syrian children by Unicef UK in 2014 and the emergency appeal will continue until the end of January.

Over the next three months the UK Government will match pound for pound all public donations made to Unicef’s work for the children of Syria.

International Development Secretary, Justine Greening said, “Nearly four years of fighting have taken a grim toll on the people of Syria and its neighbours. Inevitably, vulnerable children pay the highest price. That is why, for the second year in a row, we will match pound for pound all public donations to Unicef UK’s valuable winter appeal for the children of Syria, helping the generosity of the British public go twice as far. This means children caught up in this conflict receive urgent lifesaving help along with the education and support they need to build a better future for themselves and their country.”

Unicef UK Executive Director, David Bull said: “Millions of children in Syria and the surrounding region are in danger. They face losing their homes, their families, even their lives. Unicef is one of the few organisations working inside Syria as well as delivering humanitarian aid across the region. We are so grateful for the overwhelming support and generosity that our guests have shown this evening and to the UK Government for matching pound for pound all donations made tonight and for the next three months. We rely entirely on voluntary donations so the money raised is vital to enable Unicef to continue our life-saving work for Syrian children.”

You can help keep Syria’s children safe too. To find out more about Unicef’s work to protect children in danger or to donate, please visit unicef.org.uk/Syria.