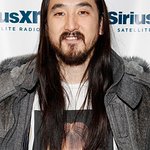 The Daniel Pearl Foundation reported today that this year’s World Music Days attracted a global network of more than 1,300 events.

Since the program’s inception in 2002, there have been more than 13,000 events in 139 countries. Six new countries participated this year, including Ethiopia, Cayman Islands, and a concert attended by thousands in Ivory Coast.

Pink Martini, Steve Aoki, Vanilla Ice, the Israel Philharmonic are emblematic of the broad and diverse range of multi-talented artists and musicians who joined together in October for this year’s World Music Days. One might be hard-pressed to find any theme capable of uniting so many artists and musicians from around the world. But for the 13th straight year, the Daniel Pearl World Music Days, sponsored by the Daniel Pearl Foundation, has achieved this objective, with a globally broad, diverse, far-flung and inspiring event.

Held every October 1-31 to mark journalist and musician Daniel Pearl’s October 10 birthday, World Music Days encourages musicians of all backgrounds to take a moment during their performances to acknowledge and celebrate the ideals that Daniel embodied: Uniting people through words and music and promoting tolerance and understanding.

“It’s a global peace initiative dedicated to finding ways to bridge cultural differences, which seems like a perfect message from this band,” said Pink Martini’s lead singer China Forbes to thousands attending a special performance in London on October 30th.

The 2014 event took on special meaning in light of recent atrocities committed by the ISIS terrorist organization. “We are saddened and enraged by the barbaric beheadings of innocent journalists, aid workers and others,” declared Ruth and Judea Pearl. “We dedicated this year’s World Music Days to the ideals and unfinished work of our son Daniel, along with those brave and unselfish souls who made this world a better place for all.”

“When I look at the list of participants,” marveled Dr. Pearl, “it makes me more confident than ever that civilized society has not lost its resolve to fight for a hate-free world, and I am doubly gratified to see Daniel’s legacy playing an iconic role in this resolve.”