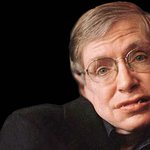 The Theory of Everything, the biographical romantic drama depicting the physical and emotional journey of theoretical physicist Stephen Hawking, has earned the 2014 Movies for Grownups Best Picture award from the editors of AARP The Magazine.

Celebrating 2014’s standout filmmakers, actors, actresses and movies that bear unique relevance for the 50+ audience, AARP has announced the official winners of its 14th Annual Movies for Grownups Awards.

Top honors go to Julianne Moore as “Best Actress” for her heartbreaking portrayal of a woman’s battle with early onset Alzheimer’s in Still Alice, and to Steve Carell as “Best Actor” for his chilling depiction as wannabe wrestling coach John E. du Pont in Foxcatcher. Rene Russo snags “Best Supporting Actress” for her comeback role in Nightcrawler; and J.K. Simmons earns the title of “Best Supporting Actor” for his menacing veracity in Whiplash. Additionally, Kevin Costner will also be presented with the esteemed Movies for Grownups Career Achievement Award. This year’s award recipients will be celebrated at AARP’s Annual Movies for Grownups Gala, to be held in Los Angeles on February 2nd and hosted by comedian and actor John Leguizamo.

“The films represented on this year’s list are a reflection of Hollywood’s increased focus on creating compelling storylines that directly appeal to the 50+ audience,” said Bob Love, Editor-in-Chief of AARP The Magazine. “We’re thrilled to see the continued growth in the number of large, studio-driven films that focus on this important demographic and are extremely excited to recognize this year’s best writers, directors, and actors over 50 for their inspirational and exceptional work at our annual awards gala.”

The awards gala will raise funds for the AARP Foundation, AARP’s affiliated charity, which works in communities across the nation to help struggling older adults meet their basic need for nutritious food, safe and affordable housing, adequate income and much-needed personal connections. With support from Chase Credit Card Services, this year’s Gala will also support the Foundation’s work to end older adult hunger.

For more information about AARP’s Movies for Grownups Awards, click here and www.aarp.org/movies. The entire list of award winners will also be featured in the February/March issue of AARP The Magazine, available in homes February 1st.

Movies for Grownups, which now includes weekly reviews an award-winning radio program, an annual film festival, and year-round coverage in AARP The Magazine and online, was started in 2002 by the editors of AARP The Magazine.