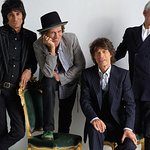 Secret 7", the annual project that brings music and art together for a good cause, will be supporting Nordoff Robbins music therapy this year.

Taking place throughout April, the exhibition will be moving to a new home at Somerset House, the renowned arts and cultural centre steeped in history.   The concept is simple: each year Secret 7" take one iconic track from seven legendary musicians and press each one 100 times to vinyl. Each record receives a one-of-a-kind sleeve, as designed by 700 creatives, from global high-profile artists to talented emerging designers. All are welcome to submit their designs.

The seven world-famous artists and tracks for 2015 are:

As in previous years, the seven musicians represent a diverse range of styles and eras; from arguably the greatest living rock and Motown artists through to seminal British electronic pioneers via some of the most innovative and critically acclaimed contemporary acts around.

The 700 records will then be displayed in a month-long exhibition at Somerset House, after which they go on sale for the uniform price of £50 on May 4th. The only catch is that the buyer won’t know who the record is by, or who has designed the sleeve until they have parted with their cash. Therein lies the secret…

Submissions for sleeve designs are now being accepted on the website – www.secret-7.com. Closing date for entries is March 4th.

Track contributions from previous years have come from some of the biggest names in music, from multiple-Grammy winning icon Elton John, to definitive British bands The Cure and T.Rex; hip hop legends Public Enemy and Nas to game-changing pioneers of pop Roxy Music.

Universal Music UK is a partner of Secret 7" for the fourth year in a row, following the project’s creation within the company in 2012. Universal Music works with all the artists who have contributed music to the project, past and present. They are joined as partners in 2015 by Monotype and WeTransfer. All profits from the sale go to Nordoff Robbins, to help transform the lives of vulnerable children and adults with music therapy.

A program of events will be held throughout the exhibition. These will be announced over the coming months; check www.secret-7.com for more information.