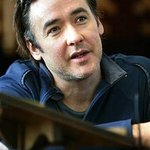 John Cusack's new animated film, Igor, is helping to raise awareness of the threat of malaria in Africa.

The film – which features the vocal talents of Steve Buscemi, John Cleese, Jay Leno, and Christian Slater – tells the story of a lowly lab assistant in the land of Malaria who dreams of becoming a scientist. With the help of two of his experimental creations—Brain, a brain in a jar who’s a little light on brains, and Scamper, a cynical bunny brought back from being road kill, Igor and his friends fight to save the world, and prove that heroes come in all shapes and sizes.

The film was picked by www.malaria.com – an education, advocation, and financing body whose mission is to fight the disease – as being the perfect vehicle to raise awareness of the issue. By visiting Malaria.com’s special Igor site, the public can donate directly to the Against Malaria Foundation to buy mosquito nets for people in Africa.

“For a very little donation you can purchase these nets… the biggest prevention of malaria in Africa, where it is a huge problem,” said Buscemi. “Out of one to three million people who die of malaria, 70 per cent are under five years old. I had no idea that it’s a huge problem, so I’m glad if this movie can raise money.”

One mosquito net only costs $5 and can save the lives of whole families in Africa.