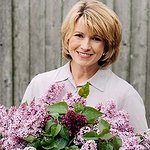 New York Women in Communications will present the 2015 Matrix Awards on Monday, April 27 to honor six extraordinary women who have made significant contributions and established themselves within the communications industry.

The award ceremony will be hosted by Meredith Corporation and Chobani at a luncheon in the world renowned Waldorf Astoria in New York City. Martha Stewart will emcee the eminent event.

“We are delighted to honor these six inspiring women who have become trailblazers in their industry,” said Linda Descano, President, New York Women in Communications. “They have broken through the barriers placed before them and are truly redefining the communications industry as a whole. Their accomplishments and success are remarkable and really drive our mission of empowering women home.”

“The Matrix Awards is the premier event for celebrating the milestones achieved by women in media and communications. We are honored to support the mission of New York Women in Communications and we congratulate the winners of this very well deserved award,” said Nancy Weber, CMO, Meredith Corporation."

Portions of the proceeds from the Matrix Awards will benefit the organization’s Foundation which is dedicated to cultivating female leaders in the communications field. The Foundation offers financial support through generous scholarships to women at all levels, whether just beginning or embarking on a transition in their career. The Foundation also provides opportunities for professional development and mentoring, as well as an entree to a diverse community of communications professionals.

“We’re thrilled to be a part of the Matrix Awards that recognizes and celebrates six remarkable women,” said Peter McGuinness, CMO, Chobani. “Their accomplishments inspire us all and have made a significant impact on our industry. They’re truly breaking the glass ceiling for the next generation of women in communication.”